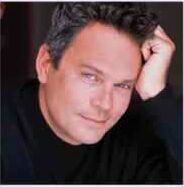 "The Stars of the Strip" is playing inside the showroom at the Union Plaza Hotel in the afternoons. The show of music, comedy, and impressions is a lot of fun. The host and star of the afternoon is Robbie Howard, who does a tremendous job. The three-piece band is small, but very talented, and is very much a part of the show as well. The show is well worth the price of admission (the cost of a drink) and is a pleasant way to spend an hour in the afternoon. This is not a big budget show. It is downtown. It’s in the afternoon. Howard’s mother takes the tickets, his father runs the lights, and Howard, himself, provides the talent along with his band. It is a friendly show, however, and you’re made to feel at home and at ease when you come in. It is Howard’s personality, charisma, and comedy, which drive the show...although it does take a minute to get in sync with the tongue-in-cheek humor. The opening announcement asks the audience if they are ready to see, "the number one afternoon show in Las Vegas." I thought, "I didn’t know we were about to see Rick Thomas." The facetious nature of the comedy does make itself apparent by the time we get to Howard stating that, "{he} never wanted to be a big star...and so far it’s working out really well." The impressions that are performed are done well. There are the standards: Elvis, Tom Jones, Julio Iglesias; but for the most part, they are not the standard songs, which is a very nice change of pace. The band gets in the act with several impressions themselves, and there are quite a few other impressions that come as complete surprises. The musical trio is great. These are all musicians in the true sense of the word. They play a variety of instruments, and they play them all well. John Plows does a tremendous job on the drums and adapts well to all of the changing paces. David Poe plays the clarinet and sax, and does a great job when he gets into the act as well. Pat Marlin plays the keyboard, a double sax, serves as musical director, and accomplishes a couple of impressions himself. For such a small group of performers, they provide a lot of entertainment. The showroom at the Plaza has seen better days. You can look around and see what was once a premiere showroom--dingy now through neglect. I have always hoped that this showroom would get a nice makeover. The potential is still there. It is one of the few showrooms in which you can still smoke--a plus for some and a minus for others. "The Stars of the Strip" is a pleasant diversion in the afternoon. The show is a bargain, and the entertainment is worth checking out.