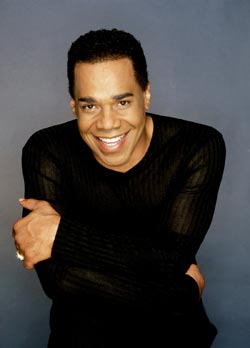 Earl Turner, one of the cities favorite performers, is back and better than ever. He is performing at Sound Trax inside Palace Station. Turner, who had been headlining at Harrah’s casino in New Orleans, found himself among the many that were affected by the Hurricane Katrina disaster. The obvious solution to the problem was to pack up and relocate himself and his band back to Vegas and pick up were he had left off. Turner is certainly back, and his show is stronger than ever. His singing and his band are all top notch. Turner worked for more that 15 years in Las Vegas, working his way through lounges and then into a headlining position. He opened at the Dunes in the late eighties. He also played at the Excalibur and the Luxor, until he got the job at the Rio Bamba lounge. His success at the Rio prompted the company to convert his show from a free lounge show to a ticketed show. From there he went to the large showroom at the Rio. He next headlined in Laughlin, and then Harrah’s decided to build the Earl Turner Theatre at their casino in New Orleans. It has come full circle. Turner embodies everything you think of when you imagine what a headliner should be. His presence and charm win you over even before he opens his mouth and starts to sing. His energy and charisma propel him and his show forward, and by the time you leave, you too will have become an Earl Turner fan. He makes each audience member feel as if they have obtained a personal connection with the performer. He works the crowd especially well. Turner has a great band. Chris Coleman is the Music Director and plays bass. Curtis Wilson is on drums, Al Robinson plays saxophone, Walter Cunningham on keyboards and vocals, Steve Meyer plays trombone and is an arranger, Rich Taylor plays lead guitar and sings vocals, and Eldred Ahlo plays trumpet. As a surprise, Earl Turner’s son came out and both sang and danced. He has learned well; he is terrific. The Sound Trax lounge is a 250 seat showroom that can be opened or closed depending on the event. The space seemed to work well for the show, and lent a nice intimacy to the production. Earl Turner has an open ended run at Palace Station. I wish him well and hope that he regains the status that he has achieved. He is great is his show and is still worthy of having his own space and showroom.