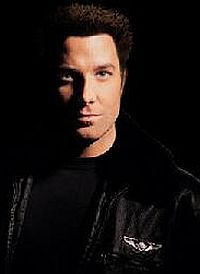 Steve Wyrick: Ultra Magician is playing in the main showroom at the Las Vegas Hilton. His show, performance, and the entertainment value of his production has increased and immensely improved over the years. It is the best version of his show that I've seen in his more than ten-year history in Las Vegas. On the one hand, Wyrick's magic show is a prop magician's dream. The effects are huge and spectacular. On the other hand, Wyrick does some great close up magic as well. Additionally, the atmosphere that is created with the variety of sets and the dancers is unrivaled by any other illusionist's show in town. Now, Steve has had some problems in recent years. His last show at Planet Hollywood was one of the victims of the crash in the economy that hit Vegas so hard. Shortly after the last show closed, Steve had to file for bankruptcy, and we really didn’t know when we would see him again. Somehow, he managed to get things together and has been able to reopen in a bigger and better way with several new illusions in the show. Of course, my perspective on Steve's show is a bit skewed for a couple of reasons... Primarily is the fact that I have been working on the show and helping redirect many parts of the production...and secondly is the fact that Steve is my friend. Because of this, I cannot generate an unbiased review of the show...what I can do, however, is to give you my point of view as the director and share an insider’s angle as to what works and what still needs work. More than a decade ago, Steve opened his show at the Lady Luck Casino. At that time, he was the youngest headliner to be playing in Las Vegas. From there, he went on to a custom built theatre at the Sahara, which served him and his show very well. He then went to the cramped Center Stage theatre at the Aladdin, which really didn't serve him at all, then to his own custom-built entertainment complex inside the Miracle Mile Mall, and now he is at the Hilton. Other magicians in town are baffled by how he got this contract, but that is all part of the magic of Steve Wyrick. Steve Wyrick: Ultra Magician is a fun show that is family friendly. The most outstanding aspect of the show is the overall production value that it has. The sets and atmosphere that is created for each of the illusions are wonderful. The show has some terrific dancers, and I truly appreciate their efforts. The dancers provide the energy and style that is truly needed to bring all of the other aspects alive. I would really like to see the utilized even more. The stage magic varies from spectacular to stylishly fun. Some of the illusions are spectacular because of their sheer size. The others are just fun. The best illusions of the evening are the sleight-of-hand tricks. These are the ones that are truly baffling. It is with these tricks that Steve really shines...although...personal bias coming out...the Artist's Dream and the finale of the show are brilliant!! (Can you tell that I worked on those pieces?) Both Steve and the show have come a long way...there is a greater maturity with both elements, and the show has moved from a rock & roll experience to a much more family friendly production. I have worked with Steve for several years now, and I have continued to gain more and more respect for him. He brought me on to work with him; in spite of the fact that I had been critical of his show...I actually think that it was a very brave thing for him to do. Steve is continually working on the show in order to improve it, and it is refreshing to find a performer that truly wants to create and deliver the best show possible...and will back up that effort with time and money. This show is among the best magic shows is town. Come and see it. It is worth it. It is also an opportunity for you to critique my work...you are free to send me feedback. Steve has come a long way since his early days of performing in Vegas. He has become far more seasoned and much more likeable on stage. The show has good elements--decent magic, tremendous dancers, big tricks, little tricks, and a lot of heart. I wish for him, and his entire crew, a lot of success.