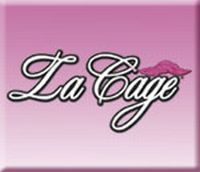 La Cage is playing inside the Canyon Club at the Four Queens. The show stars comedian Jimmy Emerson and a cast of female impersonators that lip-sync their way through songs of famous female performers. The show is additionally supported by a line of dancers. La Cage has been a tradition in Las Vegas since 1985. After an extended run at the Riviera, the show closed for a couple of years before emerging once more, now at the aptly named Four Queens. Returning to An Evening at La Cage are veterans Jimmy Emerson (Atlantic City, Aruba, London and Las Vegas), Brent Allen (Los Angeles and Las Vegas), Lane Lassiter (Las Vegas) and Ryan Zink (Las Vegas). Joining them is the legendary Frankie Kein and new cast member Carlos Rodriguez who are now part of one of the most famous female impersonator shows in the world. It may be just me, but it feels that the day of the female impersonator show and the fascination with it has passed. It is just not enough to see a man dress up like a woman and then dumb show their way through a song. I want to see talent. If these performers actually sang their songs, that would be different. Lip-syncing doesn't impress me and takes very little skill...there has to be something more. There is talent in the application of the make-up. I will grant that. Some of the transformations are sensational, but even that is spotty in this show. Some of the costumes and make-up look great, while some of the characters look like old, broken-down versions of the stars they are supposed to be imitating. And why are they still doing the Michael Jackson number in this show? It is completely out of place with the rest of the show. It was announced that it has become a tradition with the show... Well, I've seen the show over the years, and it has always been out of place. That section has never worked in this show...but now, they've done it so long that they feel it's a "tradition." Well, some traditions are worth dropping...like the use of a dunce hat in school and the word "obey" in marriage vows. Just drop it already... The exception to the rest of the show is Jimmy Emerson. He is a good emcee. His stand up is funny, and when he comes out to do a song dressed as a star, he does something with it. Clever comic bits separated him from everyone else. He was always enjoyable to watch. It is a matter of perspective I suppose...when I thought of the show as female impersonators with Jimmy Emerson, I was tough to watch; but when I thought of the show as Jimmy Emerson with some female impersonators, it was better. If you have never seen or experienced a female impersonator show, then you should go and experience it once. If you've seen one...well, then you've seen it. On the other hand, you could just go and see Jimmy Emerson and bear with the rest of it.