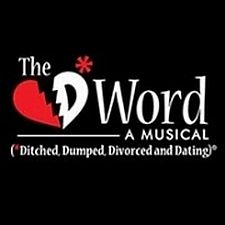 The D*Word (*Ditched, Dumped, Divorced and Dating!) is playing in the Shimmer Cabaret at the LVH. This 90-minute show follows the trials and tribulations of four women who meet after a night of speed dating.  The show is written by Jeanie Linders and follows the same format of Linders' best known musical; Menopause. Unfortunately, Menopause is everything that this show is not...funny, clever, and well-constructed. And because this is the same show format from the same writer, the comparisons are unavoidable.
< br /> It's was extremely frustrating watching this show... There are so many things that are so close to being right, but never are. This is a variation on a theme, and it doesn't hold up. There are several reasons for the shortcomings, and if addressed, could turn this show around.
< br /> Singers vs. Actors who sing.
They went with the former and should have gone with the latter. The singers were great for the songs, but fell short with the dialogue. They needed to pick up their cues, and learn how to tell a joke. A lot of this fault lies with the director...this should have been addressed. There is no excuse. The show was staged, but certainly not directed. It is just sloppy. This is a show that needed strong actresses in order to make the dialogue work and be funny.
< br /> Menopause cleverly changed the lyrics of popular songs to propel the action forward. In The D* Word, popular songs were chosen that seemed to fit the situation (some did, some didn't) and none of the lyrics were changed. Having experienced the former, the latter just felt lazy.
< br /> Staging and blocking were awkward, and because of this, transitions were clumsy and awkward. There were tons of other options that the director could have gone with...ones that would have been much more effective, creative, and clever.
< br /> The progression of scenes was really choppy. On more than one occasion I felt as if there were scenes missing. It felt as if I had left the theater and had come back at a later time. The construction was just careless. Better transitional dialogue is absolutely needed.
< br /> A couple of the characters are underdeveloped... Choreography doesn't suit the performers... Costumes were poorly chosen... Lighting is a truly horrific mess...and on, and on.
< br /> As I said at the top of the review, it's was extremely frustrating watching this show. And it is not because this is a bad show...it was frustrating because this could be a good show. It needs some rewriting, recasting, and redirecting...but there is something there, and I hope that the entire production team takes another look at this show. It could be great.