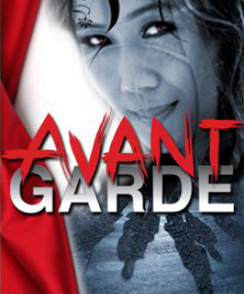 "Avant Garde" is playing inside the showroom at the Plaza Hotel in Downtown Las Vegas. It is a variety show with some very interesting acts. And while this show is similar in nature to a half dozen other shows in town, the success of this production comes from the talent of the acts themselves. The show is blessed with a lot of great talent...all having come together to entertain. The name "Avant Garde" might be a bit of a misnomer in that none of these acts are new, experimental or cutting-edge. These are, however, solid acts that have been playing Las Vegas for years and years (and happen to be some of my favorite acts.) It is an enjoyable show from beginning to end. The Plaza Hotel has gone through a lot of changes in recent years. The remodel of the property was long overdue, and the effect of it is incredible. The Plaza is a breath of fresh air in the downtown scheme. The casino is no longer the dingy place that you have to simply "get through" in order to go to the dingy showroom. It is pleasant to be in the casino. It is inviting. And the showro...well, the long neglected showroom has gotten a facelift, and it looks terrific. The showroom at the Plaza has always been one of my favorite showrooms, but it simply passed into disrepair. It is so nice to see the rebirth of this property, the activity in the showroom, and all of the new restaurants and amenities. I mention all of this because the atmosphere of the property really affects the attitude that you bring into the production. Halfway through my walk in the casino, and the show was already on its way to being a success. The stage is set well as the audience enters...a circle of fans toss and billow fabric above the deck...my description lacks a lot. It was mesmerizing. Michael Finney is the host of the show and effectively moves the acts effortlessly from one thing to the next, all the while, making sure that we are entertained. Juliana Chen is brilliant. She is the show's director, and the only woman to win the World Championship of Magic in the last 50 years. Her card manipulation is unmatched. Sonny Fontana...ah, Sonny...a delightful man that I've known for more than a decade. He creates magic with his hands. There is brilliance in the simplicity of this act. We have all created hand shadows, but never like this. All he needs is a single light source and a backdrop, and he will never cease to delight audiences of all ages. Kevin James was the final act of the evening. He is wonderful comic illusionist that I've watched and admired through the years. His illusions have always amazed me...even though I've seen some of these illusions a dozen times. He is great. I was disappointed in his finale...for that he did the "making snow" routine...a routine that just about every magician has done...a routine that can be currently seen in about four other shows now playing...and a routine that grew old five years ago. There are additional quality acts in the production as well. The acts work on a rotating basis, and audiences will be pleased with whatever combination of people they see. The show is family-friendly and appeals to all nationalities since talking is minimal. "Avant Garde" cast members hail from around the world, including China, Belgium, Spain, France, and the United States. It is a good, solid show.