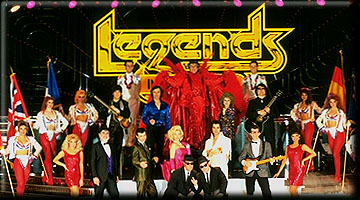 "Legends in Concert" is playing inside the Donny and Marie Showroom at the Flamingo Hotel and Casino. It is an extraordinary chance to experience these live the captivating performance, music, fashion and memories of these true legends. Now in its 34th year, Legends in Concert is the longest running show in Las Vegas. The production focuses on the music gods and goddesses of the past, Janis Joplin, Michael Jackson, Marilyn Monroe and Elvis Presley. The production has also unveiled a new opening number from "Dancing with the Stars" choreographer, Lacey Schwimmer. From start to finish, this show was terrific.

Each of the performers did a great job. Michelle Rohl's, Janis Joplin belted out her numbers with a veracity that is unmatched. The magic of Michael Jackson was stunningly performed by Damian Brantley. Stacey Whitton Summers created the beauty, charm, and wit of Marilyn Monroe. And the incredible talents of Kevin Mills brought Elvis Presley back to life.

The one thing that truly seemed to elevate and separate these performances was the level of intimacy and interaction that each of them brought to the stage. They actually talked to us, and connected to the audience. They were performers that seemed to be enjoying performing. It was refreshing.

The production was supported by the "Legend's Band," and the "Legend's Dancers." Each of these support groups was excellent. The musicians and the dancers are the hardest working members of this company, and they truly do an outstanding job. They are the true stars of the production. The six musicians and the six dancers worked throughout the production, adapting, bending, and transforming themselves into whatever style and genre was needed. I couldn't find a weak link in either the musicians or the dancers.

The Donny and Marie Showroom is one of the last classic Vegas showrooms. The audience does get a bit crammed in with the seating. There is good lighting and sound, and several monitors that show both taped shots of the real performers as well as live shots of the impersonators. I thought that this was a really nice touch and kept the audience entertained with both the real and the fantasy.

For more than three decades, Legends in Concert has entertained more than 6.6 million Las Vegas visitors and residents, produced over 18,500 performances on the Las Vegas Strip, and they have performed to more than 30 million fans worldwide. The production of "Legends in Concert," was great.