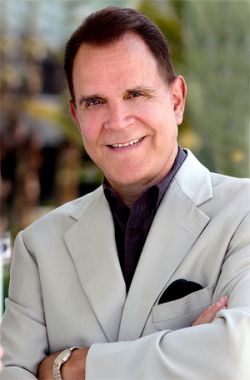 Rich Little is playing at the Riviera Hotel for a limited run. Rich Little is the iconic and classic impersonator of our modern era. He brought impressions to the forefront of entertainment in the 60's and has stayed at the top of the impersonator pyramid ever since. He is the benchmark by which all others are still judged. He has played shows in Vegas for fifty years. No one has achieved the fame, notoriety, or accolades that Rich has. He is a veritable institution...a classic headliner that should not be missed.

With that said, there are some good, great, and well, not so great parts. Some of Little's impressions are so good that they are scary. It is easy to see why he became famous. Little opens his show with a bit of stand-up that has impressions in the content. This is Little at his best. It is quick, funny, and thoughtful...and then he gets into the “Celebrity Quiz” portion of his show...and the pace and energy of his show dies. The impressions are still well done, but the time it takes to get into each of these is far too long. There is a lot of dead time on the stage, and rather than one punch line building on another, we hear a punch line, and then we wait...after a while, we hear another. It gets tedious.

Then there is the singing...I did not enjoy the singing portion of his show. The singer choices were predictable, and the song choices were obscure. It is obvious that Little's talent lies in the spoken impersonations, and not in the singing ones...though it was nice to have a live band onstage.

Rich Little's show is for a thoughtful audience...an audience that has a sense of history and cultural awareness. He is topical and contemporary, as well as drawing on the great characters of the past. His reliance on the classic voices does not seem awkward in the same way it does for other impersonators because he was the one that brought these voices to the entertainment realm...everyone else seems like an impersonation of an impersonation. His skill seems to be taking these voices and creating the character, rather than a caricature of the individual. He really does still stand-alone in the world of impersonators.

Some audience members I talked with felt that Little was only good for an "older" audience...I disagree. When comparing his talents with the other impersonators in the city, Little really outshines the rest. Not only is he brilliantly talented, but he is also the inspiration and origin of most of the other impersonators. There is nothing like the original.

There have been many other impersonators in this world, but none that have achieved as much as Little has. Go and see him. There are definite reasons why he has been a headliner for fifty years...there are some slower parts of the show that you have to get through, but all in all, he should not be missed.