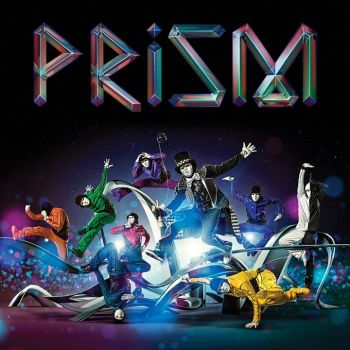 Note: Jabbawockeez is now playing at the MGM Grand
The Jabbawockeez production, "Prism" is playing in their new showroom at the Luxor Hotel. Jabbawockeez is the all- male modern, hip-hop dance crew disguised by white masks and gloves. They won the first season of "America's Best Dance Crew," and later won additional recognition on "America's Got Talent." They initially came to Vegas and played a short run at the MGM. From there, they played for two years at the Monte Carlo with their show "M.U.S.I.C.", and now they have their very own theatre and a brand new show. The hip-hop dance crew uses the masks and gloves to conceal the individual identities of the performers so that more attention can be paid to the performance itself.

The group has grown and matured by leaps and bounds since their first arrival in Las Vegas. They have always had tremendous potential, but in their previous shows that potential had never been realized...the shows were plagued by lost opportunities, undeveloped ideas, and repetition. They seem to have corrected these shortcomings.

"Prism" is better in almost every way over its predecessors. The show has a cohesiveness that it never had before, good follow-through on ideas, and far more intriguing staging. The choreography is strong, varied, and doesn't suffer the repetition that had invaded it previously.

Another element that really helps to set this show apart is the new theatre-designed and built specifically for their use. The space has every bell and whistle possible-LED screens over everything, moving lights and lasers in all the right spots, and an audience/performer relationship that allows us to really feel involved.

This is a talented group of performers. They are skilled...and because of this, and because of the use of masks...this group could do anything. I am interested in looking at the possibilities of where they could go.

The group was establish in 2003 by "3 Musky" Joe Larot, Kevin Brewer, and Phil Tayag who wanted to showcase freestyle dance.

"Prism" was directed by Napoleon and Tabitha D'Umo. Fred Nguyen is president and principal owner of JBWKZ LLC, who produced the show.

Jabbawockeez is one of the few shows on the Strip that really hits that younger demographic, (i.e. 20 - 30 year olds...the ones that have all but abandoned other shows on the Strip in favor of nightclubs.) It is no wonder that MGM/Mirage has found a way to accommodate this production.

Finally, there is a fun, fresh, and upbeat show on the Strip...with contemporary dance and broad based appeal. Jabbawockeez' new show "Prism" is going to do great. It's a good show, and with the strong following at Jabbawockeez already has, they are going to be a force to be reckoned with.