Review Of Vegas! The Show 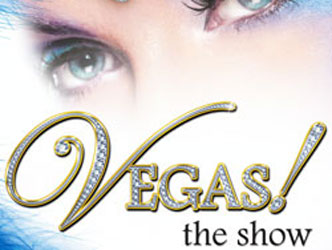 "Vegas! The Show," is playing inside the Saxe Theatre in the Miracle Mile Shops at Planet Hollywood. It is a musical extravaganza that pays tribute to the entertainment that made Las Vegas great. It is a talent driven production that features incredible singers, dancers, variety acts, and musicians.

The most striking thing about this show is the talent. The skills and abilities of everyone in the cast are superb. The other thing that is very striking is that, while this is a big production, there is a relatively small cast...and these cast members work hard. This is a fast-paced, high-energy show that has dancers and singers continually going on and off the stage with a costume change for every scene, and you quickly realize that these are the same people doing everything. The show is a joy to watch.

When it comes to doing a show about Las Vegas, there is such a wealth of material that the biggest problem is trying to decide what not to put in. There is no way to do justice to every aspect of Vegas entertainment in ninety minutes, and everyone will have a different opinion as to what is important...and every choice you do make will mean the elimination something else.

Another aspect that I appreciate in most of the David Saxe productions is the use of live music. There is nothing else like it, and Saxe knows it. He uses musicians whenever he can, and in this show he has an eleven piece orchestra. It adds a dynamic to the production that is all but lost in a city that has gone mostly to tracks. The difference musicians make is incomparable.

This production is Saxe's baby...a native of Las Vegas born into a family of entertainers, David was meant to do this show at some point in his career, and he has assembled a fantastic team to do it. Tiger Martina is the director/choreographer, Pat Caddick is the musical director, and Jerry Lopez is the band leader. There are no better people than these.

There are several numbers in this production that just don't seem to connect to and engage the audience...it seemed odd because everything "looked" as if it was right...but it wasn't. Then I realized, the numbers that weren't engaging were generic tributes, not specific...Tom Jones, Wayne Newton, Gladys Knight...are all examples of a generalized tribute, rather than making it specific and detailed...and that made them not engaging.

All of the big production numbers were great. You could tell that a lot of time and effort was put into these numbers...sadly, that effort was not put into every number. The singers in the show are all terrific. The variety of styles that each of these singers are asked to tackle are handled masterfully. The dancers are some of the best that this town has to offer. Their charisma and abilities shine through.

In bringing this production to life, David Saxe has reminded us what the true legacy of Vegas entertainment is...and that is the talented people that made it all happen. There are no tricks. There are no special effects...just brilliant performers and technicians that make it happen night after night. Yes, it is great to reminisce about the time that was, but it is more fun to marvel at the talent that is.

Find Tickets for Vegas! The Show