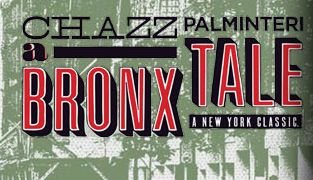 "A Bronx Tale," starring Chazz Palminteri is playing inside the Venetian showroom. This one-man show is the semi-autobiographical stage version of the famous movie. It is an engaging piece and flawlessly performed by Palminteri. He successfully brings to life 18 characters to tell the story depicting a young boy's rough childhood in 1960s-era Bronx and the unforgettable people he encounters. "A Bronx Tale," is the original play upon which the legendary movie was based. It is directed by four-time Tony award winner Jerry Zaks.

This is an amazing production to watch. The acting is so fluid and solid as Palminteri transitions from one character to the next. Age, stature, and mannerisms are specific enough to be able to identify the characters before they even speak. It is like watching a master class in acting, and I had the hope that every young actor could see how it is "supposed" to be done.

The show also reminded me of the power of theatre. I have been in Vegas a long time, and I see all of the Vegas productions, so I sometimes forget what lured me to the theatre in the first place, and it wasn't the lure of a Cirque show, magic show, or an extravaganza...it was always the actor, the story, the character...the chance to have my emotions effected, and to see the depiction of a little piece of reality.

Chazz Palminteri was born in 1952. He grew up in a tough area of the Bronx and that experience gave the young Calogero (Palminteri's real first name) the life lessons that would later prove very useful. He graduated from Theodore Roosevelt High School and started pursuing his craft in 1973 studying with Lee Strasberg at the Actor's Studio.

Palminteri originally wrote the script for the stage and performed it as a one-man show in Los Angeles. He then moved the production to New York, where it played for four sold-out months and earned him nominations for the New York Outer Critics Circle for both acting and writing. He also wrote the screenplay for "A Bronx Tale." He held out for an offer that would let him star in the film, and soon found himself starring opposite Robert DeNiro, who chose the script for his directorial debut. Palminteri is currently working with composer Jimmy Webb to bring A BRONX TALE, The Musical to the New York Stage.

"A Bronx Tale," is returning to the Venetian after a successful run last year. It is back for only a short time, so you had better get out and see it soon. There is the hope that it will continue to return to Vegas, and once again, remind us about the power of theatre.