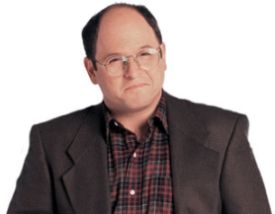 Jason Alexander is performing his one-man show, "The Donny Clay Experience," in the Chi showroom at Planet Hollywood. It is Alexander putting on the persona of the fourth best motivational speaker, Donny Clay. It is a light-hearted, amusing evening where Alexander plays this character that hits on most of the clichés that are brought out by "bad" motivational speakers. He manages to pull several people out of the audience for additional amusement with several fairly quick-witted ad libs. It is interesting that "Donny Clay" would be a subject of interest for Alexander. After "Seinfeld" ended in 1998, Alexander landed the lead role in the television series, "Bob Patterson," in 2001. Bob Patterson was the third best motivational speaker, whose life was a mess, and he played upon many of the clichés that were foisted out by the corporate world. The series was a complete flop and was pulled after only a few episodes. It was called some of the worst television to ever be broadcast, and many called it part of the "Seinfeld curse." So why would Alexander feel like creating Donny Clay, the fourth best motivational speaker, whose life is a mess, and plays played upon many of the clichés that were foisted out by the corporate world? And further...why would the fourth be funnier that the third? All of these questions would be academic blathering of course...it turns out that the fourth best motivational speaker is indeed better and funnier than the third best. The "why" is the mystery. Alexander does well in commanding the stage and delights us with his singing...we often forget that in 1989, he won a Tony award for his work in the musical "Broadway," by Jerome Robbins. He has the presence and panache to easily win over the audience from the moment he walks onto the stage. He simply feels comfortable there and that ease allows us to simply enjoy his work. The show is amusing...it is filled with smiles, chuckles, and snickers. It is a "nice" evening of entertainment, and I put the "nice" in quotation marks because the niceness has that quality that simply keeps it fun and amusing. The show misses the big laughs, and never really achieves anything much greater than "nice." The show doesn’t have the dynamic structure that would make the difference between a good show and a great show. It’s a good show. There is the hope that the show will be successful enough to extend the run at Planet Hollywood. It would play as a supplemental show alongside "Peepshow." For Alexander’s sake, I hope the show gets extended. The bigger disappointment (in my quest for quality entertainment,) is with the decision makers at Planet Hollywood. Once again, they have gone for a name rather than quality. Every one of the shows that have been brought into that venue lately has all been about names and flash without any substance...and every one of the shows has been mediocre. When are they going to start looking for some quality productions? Their recent decisions reek of inexperience. Do they even know what a quality show looks like?