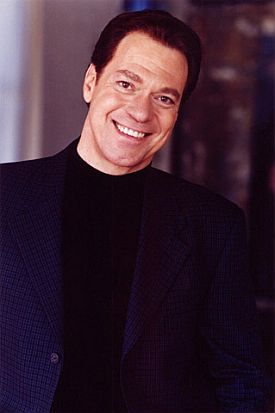 Joe Piscopo is playing inside the Shimmer Cabaret at the Las Vegas Hilton. His show and performance is brilliant. Piscopo is an extremely talented, multi-faceted individual that brings us a Las Vegas show the way it "used" to be. This is not an imitation of a classic headlining show…it is a classic headliner show. Piscopo sings, does comedy, impressions, and plays a variety of musical instruments; and amazes us at every turn. The band that backs Piscopo is lead by Las Vegas legend Vincent Falcone.

I hear many people clamor and reminisce about the "Golden Age" of Vegas...about how the shows were filled with "real" entertainers; how all they needed was a band and a microphone---singing classic songs, entertaining us with their stories, and wowing us with their bands...if this is what the "Golden Age" is all about then we have had a renaissance with Joe Piscopo. We have several productions that imitate the classic Vegas headliner show, but Piscopo truly brings it to us.

I did not realize that Piscopo was so talented...I knew that he was a great comic, but I didn't know that he was such a strong singer, and I was amazed at his musical abilities. He played a variety of instruments throughout the evening---piano, guitar, flute, sax, and drums; and he played them all well. Television may have served him well in gaining a certain amount of notoriety, but it didn't do him justice in displaying the breadth of his abilities.

Of course there was his comedy, and his music, and his impersonations; but what was really nice is that we never lost sight of the man---we always knew that it was Joe Piscopo up there entertaining us...we often lose sight of the performer in impersonation shows, and they are doing themselves a disservice relying on the personality of others rather than their own. Piscopo did not make this mistake. Piscopo paid his respect to and did a tribute to Frank Sinatra, but never did an imitation of him.

Leading the band for Piscopo was Vincent Falcone. Falcone is best known for being Frank Sinatra's musical director and pianist. He has at one time or another been pianist/conductor for many of the country's top singers including: Robert Goulet, Andy Williams, Connie Francis, Paul Anka, Dianann Caroll, Jack Jones, Jerry Lewis, Steve Lawrence, Eydie Gorme and Tony Bennett, among others. Vincent Falcone spent 10 years as Frank Sinatra's musical director in the waning years of the Chairman of the Board's 60-plus year-career. The superlative musician has written a book about himself and his years with his former boss, who died in 1998 at age 82.

Joe Piscopo puts on a wonderful show. It is a great night out for anyone, but especially for those that want to see the past alive again.