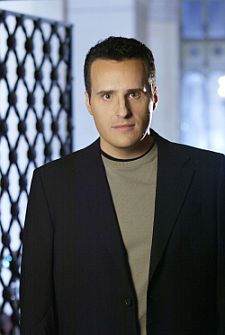 Mentalist Gerry McCambridge is performing at the V2 showroom inside the Miracle Mile shops at Planet Hollywood. His show is centered around tricks and illusions that are geared to mess with people's minds-part magic, part psychic, part hypnotist, and part statistical analyst. "Mentalism is the art of riding the fine line between intuition and illusion," says McCambridge. "How much of each I use in a particular routine is my secret." For the most part, he does "tell" us how the gimmicks are done...with enough omission in order to keep us guessing. He tells us what is happening, but he doesn't really tell us, if that makes sense. The show is an amusing escape with plenty of different elements to keep us engaged. The routines in his show oftentimes remind me of what would be considered parlor tricks.

McCambridge has studied memory techniques, body language, hypnosis, linguistics, statistics, law of averages, non-verbal communication, magic, acting, theatre, and stand-up comedy. They have all helped him sharpen his skills and natural intuitive abilities, and all have helped him create this show through a synthesis of these techniques.

The show is certainly about "him," and his abilities to openly fool us. He does a very good job of walking that fine line between amicability and arrogance, which would be an easy trap into which one could fall given the nature of the show. He does tell us his resume and peppers the show with plenty of self-promotion to help increase the back-of-house sales at the end...but none of that takes away from the fun of the show.

His ability to "read" people and gives us the insight and predictions is always astounding and fascinating. It makes us wish that the show was longer because we all want someone to be able to peer inside our psyches' and tell us interesting things about ourselves.

It is also very interesting to see him do a large chunk of his show blindfolded...it makes for a couple of very dynamic moments-especially with the spike and cup routine. The spike and cup bit has become almost a regular in this town. There are at least three people that are performing this illusion currently-and they all show us the scar of when it went wrong. Nonetheless, it is still a lot of fun to watch.

The V2 space seems to lend itself very nicely to the show, and is another feather in the cap of David Saxe productions.

The show is fun and even astounding at times. McCambridge easily takes us from one routine to another, the outcome of which is always surprising. McCambridge quickly builds a good rapport with the audience, and his ease and charm make us appreciate his abilities. It is a very nice diversion.