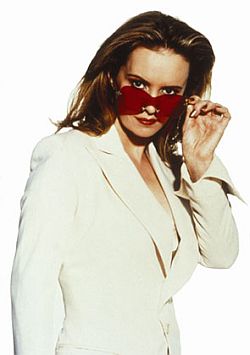 Sheena Easton is performing at the lounge at the Aladdin Hotel and Casino. Her appearance there is part of an effort by the Aladdin to continue offering entertainment while the showroom is being remodeled. The renovation is going to take about a year to complete and Easton, along with other performers, are set to bridge the gap of this casino without a proper space. Easton is a wonderful performer, but the venue and the musicians were a bit problematic.

I have seen Sheena Easton perform on a number of occasions. It has been a little while since I last saw her, and I was very please with her appearance. She looks great. She sounds great. She has a good set of songs that she is doing, and the performance moved along at a nice pace. She is wonderful, and I’m not saying this simply because I am a Sheena Easton fan.

The problem with the production came in two parts--the venue and the musicians. The venue is a make-shift space at best. The upper lounge at the casino is not geared or equipped for any sort of real production. Curtains surrounded and separated the space from the casino. At any of the quieter moments, you could hear the cacophony of noise that permeated the space from the casino. At those times, you could appreciate the battle that this group was fighting with all of the ambient noise and could better understand why the mix of the music came off as very uneven. The seating was awkward--set up around the center bar in the lounge- -sightlines were not the greatest. The lighting was decent. It fulfilled its basic functions, but there wasn’t anything truly special about it.

The musicians were the other problem. Individually, the musicians were talented and strong artists; together...they didn’t work so well. There was the feeling that the band had been put together at the last minute and didn’t have enough time to practice. A lot of the songs had pacing problems, most of the songs were under tempo, and there were a few times that the musicians didn’t even seem to be on the same page of music. Those moments were painful to listen to...

The show is problematic. The musicians will get better; the venue will probably not. Sheena Easton is (as Always) terrific. She puts on a good show and is a consummate performer. It will be interesting to see how the Aladdin continues to offer entertainment.