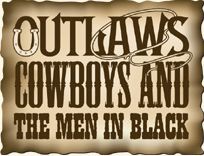 "Outlaws, Cowboys & Men in Black" is playing at the showroom at the Gold Coast Hotel and Casino. It is a tribute show to the music of Waylon Jennings, Willie Nelson, and Patsy Cline. It is serious country music with a great comedic break. This latest venture from producer Sharon Haynes is an enjoyable evening of music and comedy that is generally suitable for the whole family. The Gold Coast has always been a comfortable casino that is by and large geared to a more local crowd. This comfortable feeling is reflected in the type of shows that they chosen to have in their hotel. The shows that Sharon Haynes has always produces have fit this bill very nicely. Haynes, herself, is the show’s hostess and also sings her tribute to Patsy Cline. She has a nice style about her and puts the audience at ease. Between the various segments of the show, she sings, talks, and makes us feel like welcome guests at a party. Bob Coloca’s styling of Waylon Jennings is right on. He has the voice and style and he pays his guitar well. The country fans just loved the renditions of all of his songs. The true stand out in the show, however, was Leon Smith and his performance of Willie Nelson. Besides being a dead-on look alike, he matched the voice perfectly. In addition to his Willie, he stepped out and did a couple of other singers as well. Bruce Mickelson brought the comic relief to us. His stand-up routine was a nice break from the rest of the action, and he had the audience rolling. He quickly built a good rapport with the audience and kept them laughing with joke after joke. Some of his jokes stepped beyond what would be considered "family" entertainment, but he did a good job. The real stars of the show were the five-piece band. They were crisp, clean, and right on target. The showroom at the Gold Coast is a modest one. Seating and technical support are fine because it is a show about the people and not about the sets. The show is a good bargain at $25, but the best deal is the dinner and a show package at a mere $32. It is a good meal with a good show. It’s the best deal of it’s kind. The shows at the Gold Coast are now on a regular rotation—each having a six-week run. The next one is already in the works, "Rockin & Romancin" with additional tributes to more legends in the music industry.